To tell someone that ‘I love you’ and there is no feeling of trust in that person, will it be enough to love …? Is love just a distraction to hear and is it called love?

There is no need to say such a thing in the family, even then there is a lot of mutual love among the family. Ever wondered where that love comes from? Parents have love for children, brother-in-law, brother-sister in everyone because they believe in each other. This belief is also the key to a prosperous family. If the parents do not trust the children, then the children will definitely move towards wrong things. If you do not trust your brother, then relations with the business will be destroyed.

However, in the present modern era, what is the reason for the breakup of the relationship between husband or wife or lover and girlfriend? This question has been troubling me for a long time, because if we look at the social scenario, there are cases of increasing divorce between spouses or the relationship between couples that are falling apart, there is a lack of trust in all of them. . Disputes between husband and wife are caused only by lack of trust. Those who change the house from heaven to hell. Even if there is no faith in the lover-girlfriend even on the smallest thing, then their future relationship can be shattered within minutes.
So if you want to love. To have love, to give love, it is as important to believe as to breathe for life.

A study has shown that in real love, the brain controls certain activities that one sees from a critical point of view.

When that person is close, the mind starts to decide itself how to assess its character and personality.

This study of University College of London has been published in the journal Neuroimage.

Mother’s love
Researchers also found that such an effect on the mind occurs during romance and also under Mamta.

Mother’s love can only see the good of the child

That is, the attachment of the mother to the child also creates a similar effect.

At that time, negative emotions get deeply buried.

A team of researchers studied the brains of 20 young mothers when they were shown pictures of their own children and children of their acquaintances.

He found that the brain movements were similar to those of romantic couples at that time.

Both studies showed that there is a similar state of mind at that time, like when there is sudden money or good food and drink.

But research also showed that there is a fundamental difference between romantic and Mamta’s feelings.

Activities are also intensified in that part of the mind of lover-girlfriend which is associated with sex stimulation. 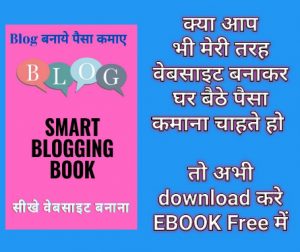